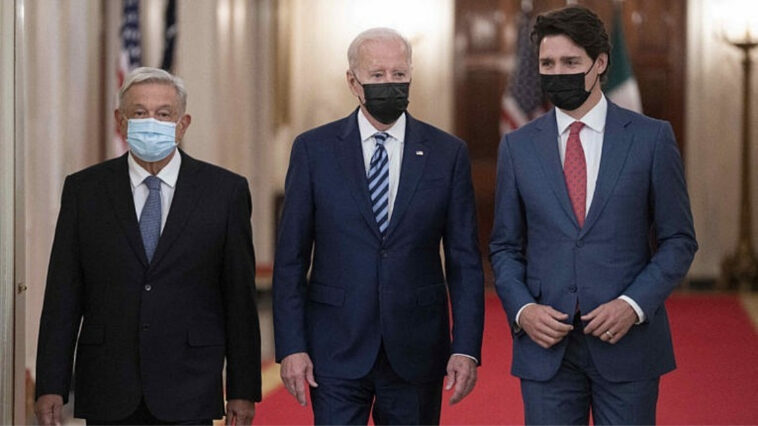 After 5 years Canada, Mexico and the U.S. got reunited again by Biden’s initiative, showing his commitment for a mutual relationship between the U.S. and the two neighbours, Canada and Mexico.

There had been tensions between the United States and Canada and Mexico in the past due to Trump’s threats to disrupt the North American Trade Agreement and his regular threats of trade sanctions against Canada and Mexico.

Ottawa hoped that after Biden beat Trump in the 2020 presidential election, trade disputes would be resolved. It was clear that Biden and Trudeau’s teams were ideologically compatible and that trade between the two countries would be smoother after four years of extreme uncertainty under Trump.

However, things haven’t turned out that way. A $1.3 billion project backed by Alberta’s government was killed by Biden’s first day in office. And surprisingly, Joe Biden has kept many of Trump’s America First policies in place, including softwood lumber tariffs.

Trudeau had gone to Washington the day before to persuade US lawmakers to reverse course on another irritant. The House of Representatives was close to passing a nearly $2 trillion budget plan to create jobs, combat climate change, and rebuild infrastructure. Members of the Canadian and Mexican auto industries are concerned about the bill, which includes a $12,500 tax credit for purchases of electric vehicles made by unionized American workers and using American-made batteries.

When asked about changes for Canada, Biden said he would wait until the bill was passed by the Senate.

The Americans are very aware of Canada’s position on this and our concerns around it and, quite frankly, the threats it poses to over 50 years of integrated auto-making in our two countries that was most recently reaffirmed through the Canada-US-Mexico Free Trade Agreement,” Trudeau told reporters on Nov. 18.

Trudeau said Canada can help solve the problem by investing heavily in zero-emission vehicles and leveraging critical minerals like lithium and cobalt, which are used in green technologies like batteries and solar panels, but he did not elaborate.

If the bill passes, Omar Allam, director and leader of global trade and investment at Deloitte, says Canada should diversify and strengthen the value chain of critical minerals to reaffirm its role in car production. 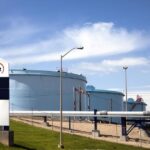 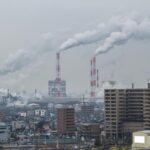