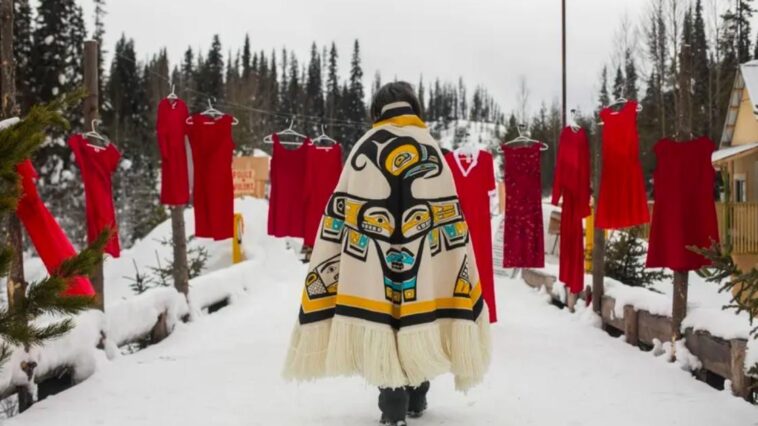 Freda Huson wears her blanket, a nighthawk, as she waits for police to enforce Coastal GasLink’s injunction at Unist’ot’en Healing Centre near Houston. Photograph: Amber Bracken

They resumed activities on the pipelines after two weeks of a long-running battle over oil pipelines with indigenous land rights protesters.

A group of defenders of water and land arrived at traditional territory, Wet’suwet’en, on December 19, 2021. After the high-profile arrests of protesters blocking the Coastal GasLink’s pipeline site a month ago, they decided to disrupt the pipeline’s development again.

TC Energy send an email stating that protestors have left the Morice River drilling site and the forest service road on Monday. “Work is safely resuming along the Coastal GasLink project route after the holiday break. ”

According to Gidimt’en Checkpoint media co-ordinator, Jennifer Wickham, the Wet’suwet’en community “are doing what they can in order to ensure that no pipelines cross traditional territory.”

Wickham posted on Tuesday that people at the blockade had “executed a strategic retreat to avoid arrest and violence at the hands of dozens of militarized RCMP….[they] vanished into the woods, evading police violence and criminalization.”

“we have received information that dozens of militarized RCMP are en route to Wet’suwet’en territory, to facilitate construction of the Coastal GasLink pipeline and to steal our unceded lands at gunpoint.” said Gidimt’en Checkpoint on a social media post.

However, Dawn Roberts from RCMP E Division told CBC News that they are “not aware of any need for an enforcement action.”

“Our warriors are not here to be arrested. Our warriors are here to protect the land and the water, and will continue to do so at all costs,” said Sleydo’, a key leader in the fight against the pipeline.

According to TC Energy, Coastal GasLink pipeline project is 60% on its way to being complete and its main purpose is to transport natural gas hydraulically fractured in northeastern B.C.

At least 20 band councils along the route of the pipeline have agreed to Coastal GasLink’s terms, but the majority of hereditary chiefs reject the notion. 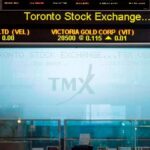