Profits at Canadian pipeline operator TC Energy were slightly better than predicted on Friday, thanks to a rise in demand for its energy transportation services following Russia’s invasion of Ukraine.

Expanding LNG exports from the United States and a focus on global energy security, according to the Calgary-based firm, are opening up new opportunities. TC’s gas pipelines transport around a quarter of all U.S. LNG exports.

TC projects that North American LNG shipments would rise to 25 billion cubic feet per day (bcfd) by 2030, up from this year’s peak of 13.7 bcfd.

“Going forward, we expect to compete for and win our fair share of the growth in the LNG market,” said François Poirier, Chief Executive of TC Energy, on a conference call.

The NGTL gas pipeline system in Canada recorded the highest average winter demand since 2000, according to TC Energy. Flows across the United States’ natural gas pipelines increased by 5% from the previous year, reaching an all-time daily system delivery record of nearly 35 bcf in January.

There were $272 million in profits in liquid pipelines in comparison to the $2.51 billion loss the company suffered due to the cancellation of its Keystone XL pipeline project last year.

Net income attributable to common shares amounted at $358 million, or 36 cents per share, in the three months ended March 31, compared with a loss of $1.1 billion, or $1.10 per share, a year earlier.

TC estimates that capital expenditures will rise to $7 billion in 2022, up from a previous forecast of $6.5 billion, mostly due to increased costs on the NGTL system as a result of rising labour and material costs. 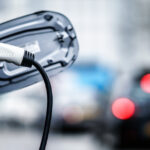 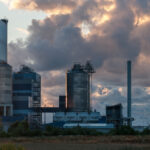