On Monday, two natural gas producers temporarily shut down production due to pipeline issues, which led to a fall in gas prices in August.

The largest gas producer in Canada, Tourmaline Oil Corp., reported a decrease in production during the third quarter by 1.5%, or 7,500 barrels of oil equivalent per day (boepd), while maintaining its production guidance for the whole year at 507,000 boepd.

Kelt Exploration Ltd. lowered its production forecast for the entire year of 2022 by 1,500 boepd, bringing it to around 29,000 boepd.

“The company shut-in significant gas volumes on certain days in both Alberta and British Columbia,” said Kelt in a statement.

The price drop took place as gas prices around the world soared to record highs and European countries rushed to replace Russian supplies.

Spot Canadian gas traded at AECO on Friday for $2.248 per million British thermal units (mmBtu), up from August’s lows.

Kelt, on the other hand, said that the AECO could be more volatile in September and October as more maintenance on the NGTL system is finished. 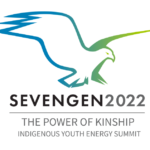 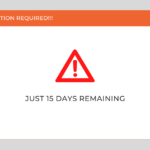