Some of the most active companies traded Thursday on the Toronto Stock Exchange:

Companies in the news:

Royal Bank of Canada (TSX:RY). Down $2.24 or 1.6 per cent to $137.64. Royal Bank of Canada is growing its wealth management business in the United Kingdom and Ireland, with a deal Thursday to buy British wealth management firm Brewin Dolphin Holdings PLC for about $2.6 billion. Under the deal, RBC has agreed to pay 515 pence per share for the company, which has a network of more than 30 offices and 59 billion pounds in assets under management. RBC said the deal positions the bank’s wealth management arm as a market leader in the U.K. and Ireland. RBC said the acquisition will grow adjusted earnings per share by about one per cent in the first year. The agreement is subject to customary conditions, including regulatory approvals and Brewin Dolphin shareholder approval. The bank said it expects to close the deal by the end of the third quarter.

Chartwell Retirement Residences (TSX:CSH.UN). Up two cents to $12.40. Chartwell Retirement Residences has signed a deal to sell 16 Ontario long-term care homes as well as its management platform and another home under development to AgeCare Health Services Inc. and Axium Infrastructure Inc. and its affiliates. The company says the total value of the deal is $446.5 million. The net proceeds to Chartwell after property-specific debt, taxes and closing costs are expected to be about $277 million. Chartwell CEO Vlad Volodarski says the sale is part of the company’s plan to focus on its growing retirement business. Under the deal, the buyers will acquire 16 long-term care homes with 2,418 beds. AgeCare will assume management of the homes as well as an additional six homes with 866 beds managed by Chartwell, including two homes with 258 beds that Chartwell will continue to own. The agreement also includes a 224-bed home in Ajax, Ont., that is under development. AgeCare will assume management of the existing 100-bed home in operation on that site and will acquire the home when the development is complete in the third quarter of 2023.

Canfor Corp. (TSX:CFP). Down 81 cents or three per cent to $25.76. Canfor Corp. is cutting production at its sawmills in Western Canada due to what it says are the cumulative effects of the global supply chain crisis that has been ongoing for several months. Canfor CEO Don Kayne says the company is experiencing supply chain challenges that are significantly impacting its operations. Kayne says it has become imperative to reduce the company’s operating schedules to address its unsustainable inventory levels. The lumber producer says it will implement the reduced schedules at the mills effective April 4. The cuts will remain in effect for a minimum of four weeks. The company says the move will impact production capacity by a minimum of 100 million board feet. 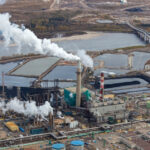 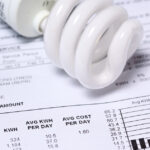