In its most recent quarter, Cenovus Energy Inc.’s profit went up since commodity prices went up and margins climbed.

In the second quarter, the Calgary-based oil producer made a net profit of $2.4 billion, or $1.23 per basic share. Up from $224 million, or 11 cents per share, in the same period last year.

The president and CEO of Cenovus, Alex Pourbaix says that the company kept its promise to return 50% of the quarter’s excess free funds flow to shareholders.

He says that the company also had good operational and financial results during a time when there were a lot of planned shutdowns and repairs.

“We’re well positioned for even better performance in the second half of the year as our assets return to operating at normal rates across the portfolio,” said Pourbaix on Thursday. 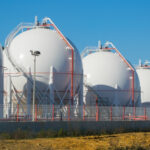