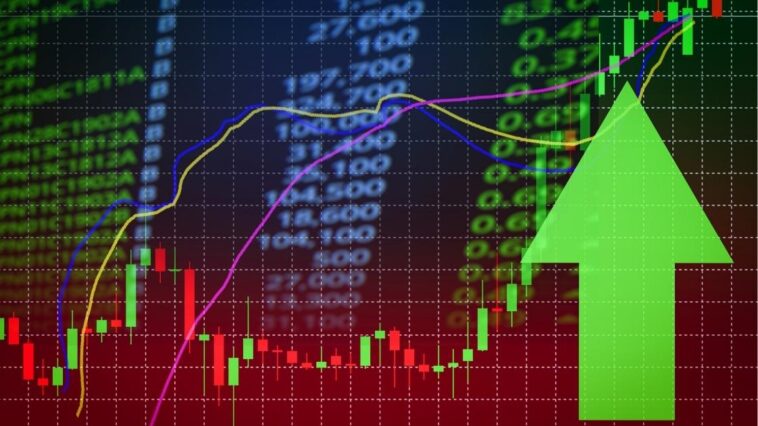 After a stressful period that tried to end one of the most impressive bull markets in recent history, the oil markets have recovered confidence. Saudi Arabia raised prices for buyers in the US and Asia, indicating it expects demand to remain strong despite the new COVID-19 variant omicron. According to South African reports, omicron cases have so far only shown mild symptoms, a position backed up by Dr. Anthony Fauci, who says the variant hasn’t caused “great severity” in cases so far.

As a result of high oil and gas prices, experts now believe that their biggest adversary, renewables, will become even more competitive.

A remarkable 95% of the additional global power capacity expected by 2026 is expected to come from renewable sources, despite an ongoing pandemic and soaring inflation rates all over the world.

More than 4,800GW of global renewable electricity capacity will be in place by 2026, a 60% increase from 2020, according to the International Energy Agency (IEA) in its most recent Renewables Markets Report.

“We have revised up our forecast from a year earlier as stronger policy support and ambitious climate targets announced for COP26 outweigh the current record commodity prices that have increased the costs of building new wind and solar PV installations.”

The IEA predicts that by 2026, renewable energy will surpass fossil and nuclear energy combined. And China, the world’s biggest polluter, is predicted to become the world’s biggest producer of clean energy, with 1,200GW of wind and solar capacity in 2026, four years ahead of its 2030 target and ahead of the US, Europe and India.

However, Plug Power has managed to remain in Wall Street’s good books–and for good reason.

It increased its revenue guidance for 2022 due to acquisitions and commercial traction to $900–$925 million. That’s an improvement over the company’s recent guidance. Plug Power previously forecasted FY 2022 sales of $825-850M, a 65% increase over 2021 and above the $759M analyst consensus estimate, as well as FY 2025 sales of $3B. The company expects to make $1 billion from material handling and $700 million from hydrogen fuel sales at $6/kilogram gross margins.

As a member of the ‘Big 3’ Detroit automakers, Ford Motor Co (NYSE:F) is a controversial pick on a list dedicated to clean energy plays. But Ford’s EV exploits are worth looking into because the company has set out one of the most comprehensive EV roadmaps by a legacy automaker. Indeed, Ford’s impressive 123% YTD gain is largely due to the company’s EV upside.

Although the company sold a modest 21,703 units of its all-electric Mustang Mach-E through the first ten months of the year, according to Motor Intelligence, Morgan Stanley forecast Ford’s EV unit sales will reach 150K in FY22 to rep 3.5% of Ford’s volume, 473K units in FY25 to rep 11.5% of volume and 1.24M units by FY30 to represent 34% of volume. Ford has already overtaken General Motors (NYSE:GM) in EV sales in the United States.

Further, Ford has already taken 200K reservations for its hotly anticipated F-150 Lightning pickup truck, and plans to start converting reservations to full orders in January 2022, thus beating General Motors‘ (NYSE:GM) Chevy Silverado to the market by a full year. The F-150 Lightning pickup truck is an all-electric version of Ford’s best-selling passenger vehicle in the market, the F-150.

MS values Ford’s EV/AV and Mobility businesses at nearly $12 per share, which at the moment is roughly 100% of its lowly price target of $12. Meanwhile, Credit Suisse is more positive on the Detroit automaker with a price target of $20 on expectations that strong pricing and supply chain improvements in 2022 will work in its favor.

Speaking to CNBC.com, Ford CEO James Farley said the company will have to scale its EV capacity to compete with Elon Musk’s Tesla Inc. (NASDAQ:TSLA). Farley has talked up the auto maker’s 12% stake in EV truck and van maker Rivian (NASDAQ:RIVN), noting that the firm’s well-received IPO “gives us lots of optionality” about what to do with its investment.

“You should expect us, as we go electric, … to reinvent the brand,” Farley said.

He said it was “too early to tell” what Ford will do with its RIVN stake, but Ford might consider selling some of its shares to fund acquisitions if the opportunity shows up.

In light of the passage of the Build Back Better bill in the House of Representatives just a few weeks ago, ENPH is one of the leading solar and alternative energy companies that has seen a significant increase in its stock price.

Back in August, Evercore ISI‘s James West said he rates the stock at Outperform and raised his price target to $199 from $184 though he said the company’s chip shortage likely will linger a while longer. 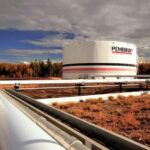 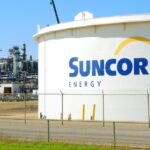