Today, René Arseneault, Member of Parliament for Madawaska—Restigouche, on behalf of the Honourable Dominic LeBlanc, Minister of Intergovernmental Affairs, Infrastructure and Communities; the Honourable Gary Crossman, Minister of Environment and Climate Change and Minister responsible for the Regional Development Corporation; and His Worship Éric Marquis, Mayor of the City of Edmundston, announced joint funding for solar energy generation at Centre Jean-Daigle and sewer separation work in East Edmundston.

With this funding, the City of Edmundston will install an array of solar panels on the roof of the Jean-Daigle Centre, in the area surrounding the amphitheatre, and on the Energy Edmundston building and surrounding land, in addition to building an energy storage system. This is the community’s first solar energy project. The panels, once installed, will produce the equivalent of 1 megawatt of energy that may be used to operate the building’s systems and to help support the City’s energy during peak usage hours.

The City will also use this funding to replace its existing combined sanitary and storm sewer system with separate systems on several streets in East Edmundston. Additionally, the city will install new water mains at multiple locations. This project will increase the city’s capacity to manage wastewater and stormwater and increase access to potable water for residents. 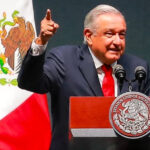